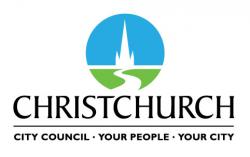 Christchurch has the second largest population of all New Zealand territorial authorities after Auckland and is the largest urban centre in the South Island. Christchurch City has a land area of 141,260 hectares. Around 70 percent of this land is located in Banks Peninsula. Christchurch City was named after Oxford University’s Christchurch College, which was attended by John Robert Godley, who is regarded as the founder of Canterbury, the province in which Christchurch stands. The Maori name for Christchurch is Otautahi. The name is derived from a Ngai Tahu chief, Tautahi, who built a settlement on the banks of the Otakaro (Avon River) in the Avon Loop area. Christchurch City is known as the Garden City due to its expansive parks and public gardens.